'The Canticle of Mr. Wilkin'

The Choir practice was over. All the music had been collected, stands and singers had vanished, and even the choirmaster had at last finished fiddling with the hymn books and had departed, humming a hymn. The church was in darkness, save for the flickering lamp before the altar and a light beside the organ, for Mr.Wilkin, the organist, still sat before the instrument alone.

Mr.Wilkin was glad that the choir practice was over, for he was feeling very old and very tired that evening, and the practice had been a tedious affair. As he sat on his high perch, wiping the moisture from his glasses, a strange apathy and loneliness came upon him to make him feel so much older than his years. A widower is often lonely, an old man easily apathetic, and Mr Wilkin whose children had been drawn into distant, even dangerous places, now knew very well what it meant to be getting on in years. As he turned to the keys and played through one or two familiar hymns by way of practice, he felt the melancholy rising within the music to match his mood.

Mr. Wilkin was in no sense a master at the organ, indeed he was only acting as substitue for young Hickey, who had gone to the Middle East. Before him on the stand was a list of hymns and oddments needed for the coming Sundays, and through these he plodded with slow uninspired touch. Stumbling and faltering, he lurched through an O Salutaris, so that one would hardly have recognised it as a tune, still less as a prayer. Then back again he went to see if he could give it greater smoothness before passing on to next Sunday's hymns. His fingers crept along the keys, his eyes followed the notes, his lips counted one, two, three, round awkward corners, but his mind wandered off to other worries, and he thought of his wife, of the war, of the anxieties which the future held in store. Perhaps Paderewski could have played without attention, but Mr.Wilkin worked slowly to a standstill, his fingers finding the wrong notes more easily than the right ones, his eye quitting the music in the middle of an important bar.

Mr. Wilkin stopped and sat staring at the organ with forlorn heart and faltering hands. In his little mirror he could see the dim nave stretching out behind him with the sanctuary lamp twinkling in the gloom. He hoped that his Lord and Master in the tabernacle was getting some pleasure from the tedious repetition of the O Salutaris; for himself he would like to play some melody which carried with it the memories and the mood which pressed upon him, but it would never do to play some old-time favourite in church. So on again went the O Salutaris, but his mind wandered off as usual, this time to the tunes which he had strummed on the piano at home. For Mr Wilkin in the olden days, had often played choruses for his wife and children when the day's work was over, as he had also struck up tunes on crazy old pianos in the billets and barns of Flanders, when his battalion had come to rest from the front line.

And so it happened that almost before he knew what he was doing, he had abandoned the unprofitable O Salutaris, and had played the opening chords of the “Long, Long, Trail”. As the melody began he argued with himself to excuse his impropriety, for after all, there was nobody in the church to be offended, for the Lord would most certainly understand. Mr Wilkin began very softly, and fortunately he knew the tune from memory, for his eyes were dim with tears. As he slipped past the nightingale into the land of his dreams, he called back a million memories of those happy days.

For the long, long, trail, had once wound its way from the trenches in Flanders to his little shop and back sitting-room in the High Street, where his wife and children waited his return. The trail had once seemed over as the Cease Fire sounded in November, but now he saw that really his return to the High Street had been but a stage in a longer journey, and that the long, long, trail, still stretched out far into the gloom. So as the melody unfolded and the words spoke of dreams coming true, Mr. Wilkin thought of his wife who had gone on before him till the day when he'd be going 'down that long, long trail, with you'. It was only as he reached the final 'you' that he stopped hesitating and gazed at the sanctuary lamp in his mirror, for perhaps it was not to wife or children or earthly lover, that the long, long, trail really led.

Mr. Wilkin understood at last, and as the memory of the past faded into the radiance of present consolation and future divine companionship on the lonely journey, so with greater joy and greater confidence he began the chorus again. This time he looked more intensely at the little lamp in the mirror, and played each note with the new vigour born of a new hope. For the song had become a hymn, and the whole church was filled with love, and with all sorts of twiddles, for Mr. Wilkin pulled out one stop for the nightingale and another for the moon-beams: and as he played he prayed, and his prayer soared, the notes poured out more rapidly, and the long, long, trail, was lit up all the way from Flanders to the High Street and on upwards to eternal rest with God.

Now the Canon was sitting in his room in the presbytery saying his breviary, nor was he in the best of tempers as himself will gladly admit. He had had a tiring day. It was then, with less than his usual grace, that he received his housekeeper , who came to inform him that a strange man was playing the fool with the organ in the church.

“Rubbish,” said the Canon, curtly, “it can only be Mr Wilkin; he's probably stayed behind to practise a few hymns.”

The housekeeper was not prepared to contradict the Canon, but she held no fancy views on infallibility, so she replied with a mixture of reverence and firmness.

“Maybe you are right, your Reverence, but it is not like Mr.Wilkin to be playing them music-hall songs in church”

If the Canon was annoyed by this rejoinder, he was also impressed. Certainly Saint Aloysius would more likely play music-hall songs in church than would Mr.Wilkin, who on the scores of genuine piety and limited ability at the organ, might be counted as exempt from such a charge. Muttering under his breath and waving the housekeeper back into the kitchen, the Canon pulled himself out of his armchair and made for the sacristy door.

The housekeeper was right, for as he neared the church the Canon heard sounds more suited to the organ at a cinema, though at that distance and amidst so many twiddles, he found it difficult to disengage and identify the tune. Quietly, in his carpet slippers, he crossed the sacristy and opened the door into the church. There could be no doubt now that the long, long, trail was winding, and that the housekeeper's dreams had all come true. The Canon stood still for several seconds and then tip-toed into the church and peered upwards at the loft. Heavens, it was Mr.Wilkin after all. The organist could be plainly seen playing with tremendous gusto, his frail old body swaying youthfully from side to side.

Half kneeling, half sitting, the Canon propped himself against a pew. He thanked his lucky stars that no parishioners were present to witness the impropriety, and wondered what he had better do. Now as he sat there undecided, he began to catch some of the sentiments pouring from the organ, and almost unconsciously he ran over the well-worn words. For the Canon, too, had a long, long trail before him, and he too, as he looked towards the tabernacle, was aware that there was someone by his side as he trudged along. After all, in an odd way, the words did express the same ideas as had been voiced by King David many centuries ago. The Canon recalled his breviary and the psalms which he repeated day by day.

David might speak of the wings of a dove rather than of the voice of the nightingale, he might see life as a shadow rather than a dream, but he, too, had longed for escape and for the eternal rest of the divine companionship, and had set out with confidence that he would not walk alone. “Even if I should walk through the valley of the shadow of death, I will fear no evil, for Thou art with me.” The Canon remembered this and half a hundred other similar expressions in which the Saints of all the ages had voiced the theme of Christian hope. He even thought that Saint Paul had described the same desire, but the words would not come readily at the moment and he had to give it up. But he sat quietly in the dark and prayed with a renewed fervour and even sang under his breath, the words of Mr. Wilkin's tune.

Mr. Wilkin had finished, he was shutting up the organ before the Canon moved.

Silently the priest genuflected and slipped back into the sacristy unseen. He thought that he could remember Saint Paul's words, and that was how it was that he so baffled the housekeeper who put her head out of the kitchen door to see if everything was all right.

“Yes, it is quite all right, you'll find it in the Epistle to the Hebrews”, and leaving her to her astonishment, he hurried on upstairs.

For he had remembered how Paul had spoken of the patriarchs of the Old Testament - Abraham, Isaac, and Jacob - all those great men who had died in faith, not having received the promises, but having seen them and greeted them from afar, and having confessed that they were strangers and pilgrims on the earth. For they had made it clear that they were seeking for their own fatherland, and that they longed for a better country, a heavenly one, where God had prepared for them a city. The Canon found his Bible, and rummaged for the place, humming as he hunted the tune of the “Long, Long, Trail”. Here it was, “Jesus, that He might sanctify the people by His own blood, suffered without the gate. Let us, therefore, go forth to Him, bearing His reproach. For we have not here an abiding city, but we seek after the city which is to come.”

Email ThisBlogThis!Share to TwitterShare to FacebookShare to Pinterest
Labels: 'The Canticle of Mr.Wilkin!

The Summer of 2021, in Stronsay, Orkney . This year, the summer months in Stronsay, from late June until now, have been very pleasant. We ha... 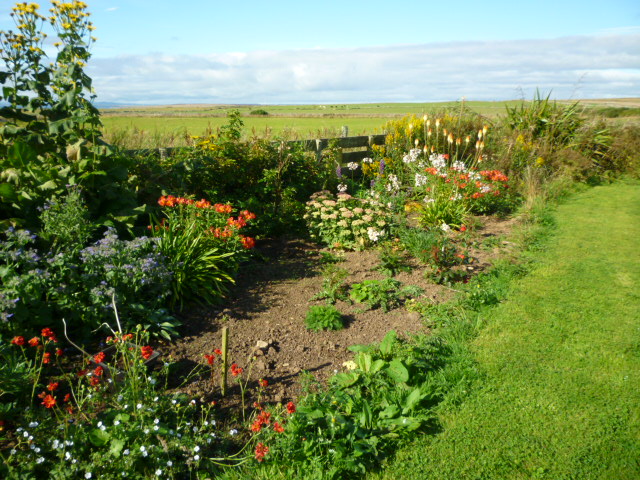