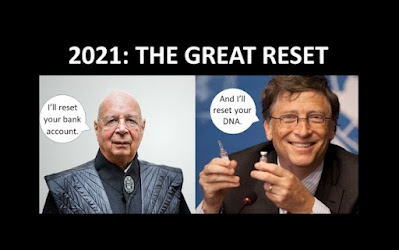 'The 'New World Order', otherwise known as the 'Great Reset', is the brainchild of the powerful elites of this world, determined to replace the existing political, religious, social, financial, economic, legal, and National  framework of the world as we know it, and as it has existed and developed over centuries, with a 'New World Order' which we are told, will do away with the inequalities in society, and will be for everyone's benefit. The  agenda for this  has been in the planning stage for at least the past  thirty years, under the direction of Karl Schwab, the German - born founder of the 'World  Economic Forum', with regular and often secret  meetings involving international political leaders, financiers, royalty, Media and Press barons, scientists, economists, wealthy and influential  leaders of  dynasties such as the  Rockefeller and  Rothschild, and others, combining their knowledge, power, wealth, experience and ambitions, to set up an Agenda which they tell us will make the world  better, fairer,  and more equitable, for all its' peoples. Paradoxically, the Great Reset includes collusion by the People's Republic of China, the powerful militaristic Marxist government, one of whose aims is world domination  by whatever means they consider necessary. It is no secret that the Covid 19 virus originated in China, in spite of which there is still support for  China in   scientific, certain military, and certain political circles in the United States. They, the elites of course, will govern and will make the rules. There will be no  democracy, no freedom of speech or religion, and every  person will  ultimately have an identity passport, without which they cannot  access  the so-called 'luxuries' of life, such as  outings to theatres, restaurants, cinemas, ballet, etc. including   holidays, travel by train and plane home and abroad, etc., nor  the essentials of life, such as work, accommodation, food, education, medical services,  bank accounts, legal advice, etc. Those who for whatever reason have no passport, could be denied even the basic necessities of life. Already in China, the existing  Marxist government exercises iron control over its 1.4 billion people of many different cultures. This is significantly enabled by a formal passport system, a system of surveillance, which  virtually controls  the lives of its citizens, who are awarded (or not) bonuses and extra allowances, depending on their political and social merits, as defined by their Marxist rulers.'

Acknowledgement:-The following article by Tom Williams, is taken from the 'Right Wire Report (about 1 year ago).

What is the “real” agenda for The Great Reset?

Will the masses wake up and see what is happening to our world?

Whether it be in the name of Agenda 2030 (i.e., Sustainable Development), The Green New Deal, or The Great Reset, these agendas are all about the subjugation once and for all, of national sovereignties and individual sovereignty, to become subordinate to global governance and the elites that control.

Could all this happen?

Well, it has happened before. There is no rule that says that it could never happen again. 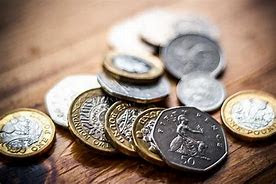 WHAT DOES A CASHLESS SOCIETY MEAN FOR YOU?

It doesn’t mean mostly cashless and you can still use a ‘wee bit of cash here & there’.

Cashless means fully digital, fully traceable, fully controlled. I think those who support a cashless society aren’t fully aware of what they are asking for.

* No more tuck-away cash for those preparing to leave domestic           violence.

* No more purchases off marketplace unless you want to risk bank       transfer fraud.

* No more cash donations to hungry homeless you pass.

* No more money in birthday cards.

* No more piggy banks or tooth fairy for your child.

* No more selling bits & pieces from your home that you no longer       want/need for a bit of cash in return.

* Less choice of where you purchase based on affordability.

What a cashless society does guarantee:

* Banks have full control of every single cent you own.

* Every transaction you make is recorded.

* All your movements & actions are traceable.

* Access to your money can be blocked at the click of a button,             when/if  banks need ‘clarification’ from you, which could take

* If your transactions are deemed in any way questionable, by those    who create the questions, your money will be frozen, 'for your own good'.

And before anybody slams this post, don’t go shooting the messenger:-

I’m sharing it because maybe we all need to take off our blinkers.

Forget about cash being dirty. Cash has been around for a very, very long time & it gives you control over how you trade with the world. It gives you independence.

If you are a customer, pay with cash.

If you are a shop owner, remove those ridiculous signs that ask people to pay by card.

Cash is a legal tender, it is our right to pay with cash.

Banks are making it increasingly difficult to lodge cash, and that has nothing to do with a virus.

Please stop believing everything you hear on the TV. Almost every single topic in today’s world is tainted with corruption & hidden agendas.

Politics & greed is what is wrong with the world; not those who are trying to alert you to the reality.

Please pay with cash & please say no to a cashless society while you still have a choice.